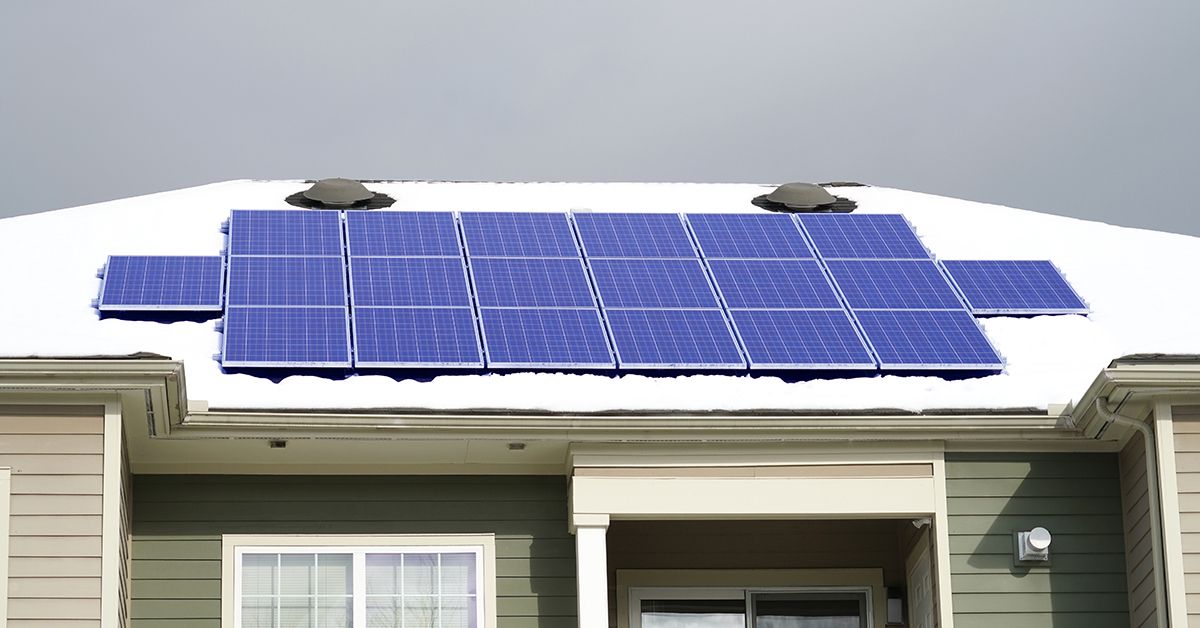 Solar energy technology has made mind-blowing strides in the last decade or so, and weâre starting to see widespread adoption of solar panels in the United States, from residential homes to corporate America and beyond.

Recently, Walt Disney World resort in Orlando, Florida opened a 270-acre solar panel farm that will now power two entire theme parks on its own. It will also power a quarter of the entire resort property (which is itself twice the size of Manhattan).

âBut thatâs Florida,â you think. âItâs literally the Sunshine State. What about those of us living in colder climates, like Denver?â

Believe it or not, solar panels donât need warm weather to thrive.

This has actually been one of the biggest obstacles in getting solar panels adopted around the world, experts say. Because of the word âsolar,â people simply assume that solar panels can only operate in a state of constant summer. But thatâs a myth. In fact, just the opposite is true.

Solar panels are powered by light, not heat. So whether the weather calls for swim trunks or snowsuits, your solar panels will be A-OK.

âBut isnât there less sunlight in the winter months?â Consider the following:

Do Solar Panels Work in Snow?

It is true that massive accumulations of snowfall can diminish the amount of energy you get from your solar panels. But even with solar panels in Denver, Colorado â no stranger to Jack Frost â snow is not as big a problem as you might think. Hereâs why:

A Look Around the World: Solar Panels in Colder Cities & Countries

We have our fair share of solar panels in Denver, which is already pretty compelling evidence that they work well in colder weather.

Millions of Colorado homeowners and businesses have installed solar panels on their roofs, and they didnât do it for aesthetic appeal alone (though the panels do look pretty cool).

No, they did it because solar panels are effective at reducing energy costs. As a bonus, theyâre good for the environment too.

We arenât alone here in the Centennial State. In fact, three of the top 10 cities with the highest rate of solar adoption are in colder-weather climates. Denver is one of them! (The other two are New York â which takes the top spot â and Philadelphia. Meanwhile, Boston, Milwaukee, Minneapolis, Detroit, the District of Columbia, St. Louis, Chicago, Columbus, Anchorage, and Seattle are all in the Top 25.)

Moreover, in those cities, winter is the most common time of year for new solar panel installations.

For that matter, Germany â a country that sees a lot less sunlight than Colorado does on average â is the worldâs #1 adopter of solar panels. Solar energy provides 7% of the countryâs total energy, and it sometimes single-handedly meets a whopping 50% of midday energy demands in German cities.

Could solar panels work well during the winter months at your house? We encourage you to contact our office and schedule a home energy audit.

Weâll send a certified building performance analyst to evaluate your home and determine what kind of performance and energy savings you might get out of solar panels.

Our team has conducted countless home energy audits across Colorado. The process is quick and easy, and it can tell you a lot about your homeâs ongoing energy expenditure âÂ all with a view toward increasing your quality of life and decreasing your monthly expenses. We can also help you understand your options for easy and affordable installation of solar panels in Denver.

Things to Consider Before Installing Home Insulation Without Professional Help

Attic Insulation: Simple Changes That Can Make a Big Difference in Your Energy Bill