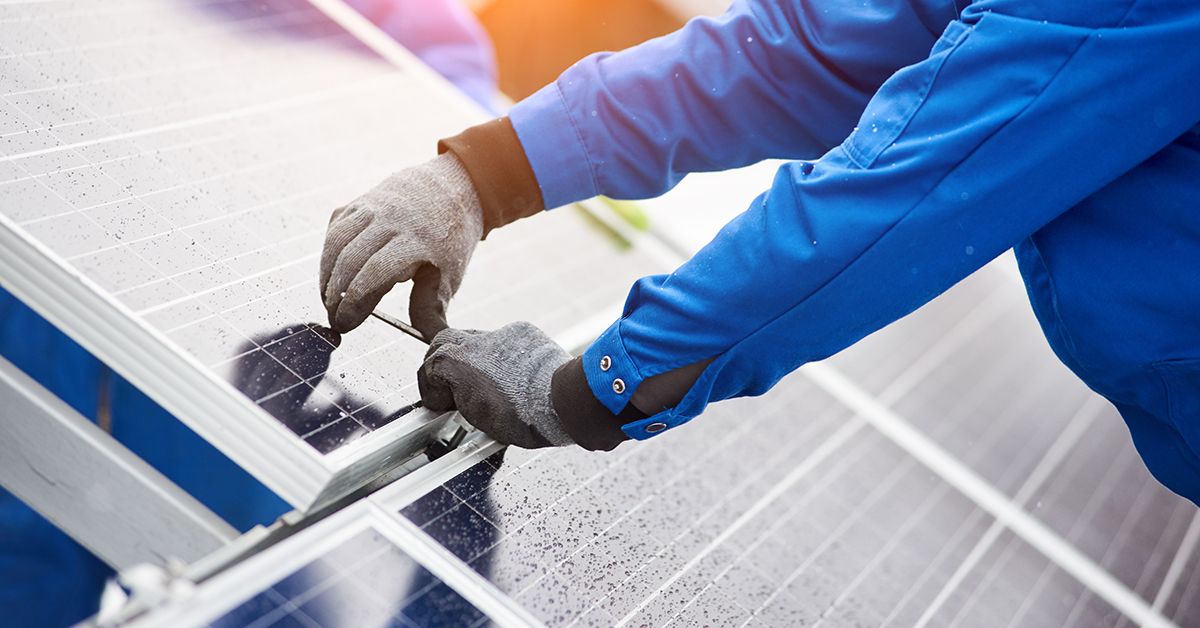 The thing about technology is that, unless itâs in your pocket, youâre not always aware of just how quickly itâs changing.

Twenty years ago, there was a lot of talk about solar energy, but it seemed like a far-off and imperfect fantasy.

Things have changed. Solar energy technology has rapidly progressed in just the last few years, and itâs quickly becoming as common in new homes as wine fridges and video doorbells. Itâs more affordable, dependable, and practical than ever before. And the benefits are big. Here are 7 cool ones:

Whatâs the easiest way to avoid spending money on something? Make it yourself!

By installing solar panels on your home, youâre generating your own electricity â which means using less from your power company. (Technically, the sun is doing all the work, but weâll give you the credit!) That can translate to a smaller âBalance Dueâ on the bill each month.

How substantial are those savings? It depends on the size of your panels, how theyâre installed, how much energy you use, and how much sunlight you get where you live (though solar panels can draw significant energy from the sun even in cloudy skies).

There are some families in this country who are living normal, everyday-American lives in homes powered entirely by solar energy, paying $0 a month in energy bills (and sometimes even generating a surplus of energy, which they trade with the power company!).

Even if you donât get quite that cozy with the sun, solar panels can still âmelt awayâ a decent portion of your monthly energy costs. After all, sunshine is one of the few things in life that are guaranteed to be free.

To find out how much money solar panels would save you given the specifics of your home here in Colorado, schedule a home energy audit (more on that below).

2. Good for the Planet

Of all the alternative energy sources out there, experts generally consider solar energy to be the most environmentally friendly.

Solar energy wonât run out until the sun burns out, which is a very, very long time away! And hereâs more good news: installing solar panels on your home doesnât diminish the sun one bit. Its rays are there for you to harvest freely!

3. A Happy Coincidence: The Sun Shines During Peak Electricity Hours

How much have you studied your energy bill? Did you know that electricity costs more during certain hours of the day?

In many places â including our home of Denver, CO â energy demands tend to be highest between 11:00 a.m. and 4:00 p.m. As it happens, those are roughly the same hours when your solar panels are doing their best work.

The benefits are at least twofold:

4. Boosts Home Value (Now and Especially for the Future)

A recent study by the Lawrence Berkeley National Laboratoryâs Electricity Markets & Policy group looked at more than 20,000 U.S. home sales and found that solar panels increase home resell value by $14,329 on average (with values increasing by more than $20,000 in some especially energy-conscious regions).

Some of that might be correlative. Newer, more expensive homes tend to have solar panels, whether or not buyers are looking for them. But that fact creates a reality all its own, a self-manifesting prophesy of solar panels increasing home values.

In other words, itâs a correlation you want in on!

Whether buyers were originally looking for solar panels or not, they are now, and realtors say itâs an attractive selling point in the resell market â and is quickly becoming standard. So if your home doesnât have solar panels, it will be competing against homes that do.

As solar panels become the norm in new construction, homes without solar panels may increasingly be at a competitive disadvantage.

One of the biggest challenges the modern economy faces is the need for local jobs that can only be filled by real human beings.

While solar energy is one of the most cost-efficient forms of energy creation in the world, its most significant expense is installation. (Thatâs a one-time cost, experts point out, as opposed to never-ending utility bills.) Those installers tend to be locally staffed, a boon to local communities in need of employment gains.

6. Doing Your Part in the Defense Against Cyberterrorists

When we are all dependent on the same power grids, we are collectively susceptible to cyberattack, which homeland security experts have consistently identified as one of the top threats in recent years.

Solar energy helps to secure the power grid by decentralizing it. Cities that rely more extensively on solar power, for example, tend to have a larger number of energy production sites across a wider area. This helps to shield it not only from cyber attacks but also less calculated threats: natural disasters, electrical overload, and so on.

On an individual basis, installing solar panels on your home gives you some independence from the central power grids too. Even if the city âgoes dark,â the sun will keep shining.

7. Uncle Sam Will Give You a Break

The federal government is eager to see solar energy adopted more widely, so it is offering major tax incentives for those who install solar panels on their home. In fact, in 2015, the U.S. Congress extended the federal solar panel tax credit by five years.

This federal credit, sometimes referred to as the Investment Tax Credit (or ITC), allows homeowners to deduct 30 percent of the cost of installing solar panels from their overall federal tax liability, with no cap.

Thereâs a lot to know about the federal solar panel tax credit. And the benefits donât end at the solar level! Many states, counties, and cities offer tax incentives for installing solar panels on your home. Here in Colorado, solar adopters may qualify for the Colorado Solar Renewable Energy Credits (SREC) program, as well as sales tax and property tax exemptions.

Want to learn more about the benefits of installing solar panels on your home?

We encourage you to contact our office and schedule a home energy audit. Weâll send a certified building performance analyst to your home to determine how much you might benefit from solar panel installation, how much it might cost you, and how much money you would save.

Weâve conducted countless home energy audits across Colorado. The process is quick and easy, and it can tell you a lot about the energy expenditure situation in your home âÂ all with a view toward increasing your quality of life and decreasing your monthly expenditures.

A Guide to Choose the Proper Insulation for Your Home

The Most Eco-Friendly Types of Insulation in Colorado